HHC Motorsport pairing of Will Tregurtha and Stuart Middleton who took home the major prize by securing this year's Drivers' and Teams' crowns. In doing so they also became the youngest crew ever to win a British GT title.

The pair held a comfortable 25-point advantage heading into the #DoningtonDecider and when their only rivals - Lanan Racing's David Pittard and Alex Reed - came to grief in the early stages of the two-hour enduro, their title was confirmed. Century Motorsport's #43 Ginetta driven by Jacob Mathiassen and Niall Murray completed the podium after starting 13th.

The race got underway with the GT4 field making it through the first few corners without incident. However, contact between the In2Racing machine of William Phillips and Black Bull Garage 59's McLaren of Akhil Rabindra at the Melbourne Hairpin saw the latter run into race-ending issues just over a lap later. On the next tour, the #53 UltraTek Racing Nissan driven by Richard Taffinder lost control on spilt fluid. Its race came to an early end nestled in the barriers at Redgate. Tregurtha ran fourth in the early stages with Reed's Lanan Racing entry eighth, but the championship battle was soon to be decided by an unfortunate on-track clash. Will Moore's class-leading Academy Motorsport Aston Martin, which also started on pole, had run into technical gremlins, which dropped the car down the order. Reed arrived just as the pair were exiting the Old Hairpin, and when the Vantage ahead suddenly slowed the Ginetta was left with nowhere to go. The resulting contact sent Reed into the gravel and retirement after sustaining heavy damage to the front-left corner. 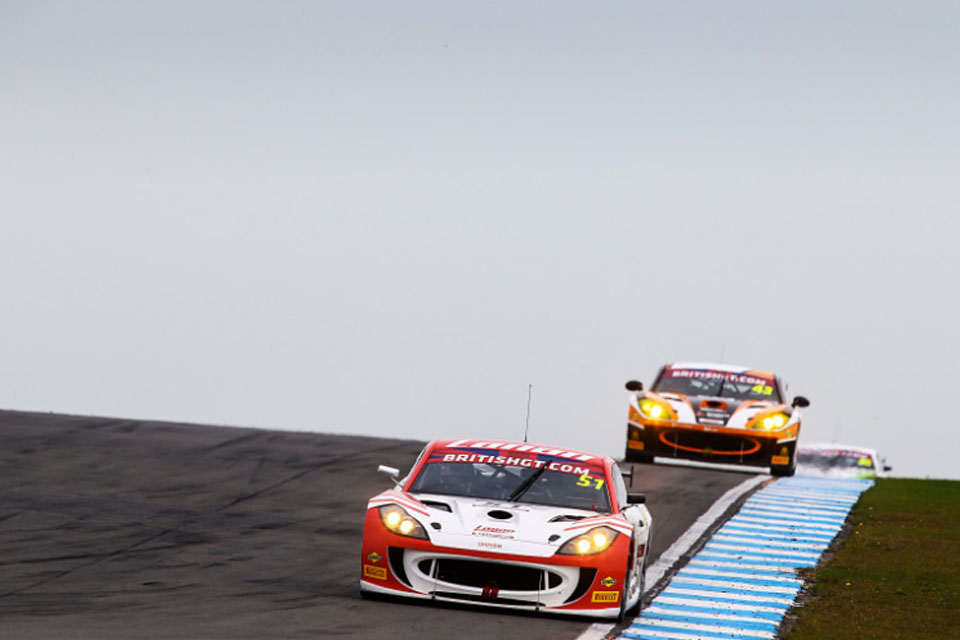